‘Civilian Cyber-Warriors’ Not Driven By Patriotism

EAST LANSING, Mich. — People who commit cyber-attacks against the government also tend to download music illegally and participate in physical protests. Surprisingly, however, they don’t appear to be acting out of some sense of national pride or patriotism.

Those are some of the findings to emerge from a Michigan State University study that for the first time begins to paint a profile of “civilian cyber-warriors,” or people who engage in attacks against domestic or foreign governments without support from military or government agencies. Cybercrimes pose a huge societal risk and have become a hot issue globally, yet little is known about the mindset behind them.

“We were surprised to find that nationalism and patriotism were not predictors for cyber-attacks,” said Thomas Holt, MSU associate professor of criminal justice and lead author on the study. “When officials attempt to identify today’s civilian cyber-warriors, they shouldn’t necessarily be looking for the person who is politically radical.”

Cyber-attacks — such as those carried out by the ‘hacktivist’ group known as Anonymous — have prompted calls for stricter Internet regulations and enforcement. Congress was widely criticized in August when it failed to pass the Cybersecurity Act of 2012, even after many members warned of the catastrophic implications of cyber-attacks.

Holt said the faceless, borderless nature of the Internet allows individuals to mask their identity and better avoid detection. This has given rise to the civilian cyber-warrior, who can potentially attack vulnerable resources such as municipal water systems and power grids, he said. 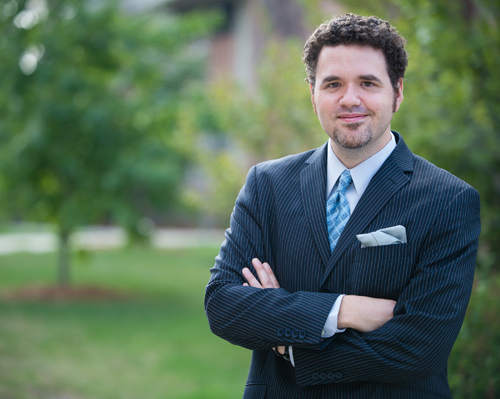 But what might motivate them? To find out, Holt and fellow researcher Max Kilger surveyed 357 students from a U.S. university about their willingness to engage in protests, both online and offline, and in cyber-attacks. Eleven percent of the participants were international students, representing about 30 countries.

About 62 percent of participants said they were willing to participate in a physical protest if they believed their home government was being oppressive. More than 77 percent said they would post a Facebook message about the oppression.

A much smaller number of participants said they would engage in a cyber-attack such as defacing a government website (13 percent) or compromising a government server (10 percent). Of those who would engage in a cyber-attack, Holt said three common factors emerged: the participants were also inclined to download illegal music, movies and other media; they were likely to engage in physical protest behaviors; and they were not motivated by a general outlook or attitude toward their government.

“It may be that these individual behaviors correlate not to patriotism, but instead to an altruistic belief that all groups should be treated equally,” Holt said. He added that his future research may begin to paint a clearer picture of what motivates cybercriminals.

The study appears online in the research journal Crime and Delinquency.