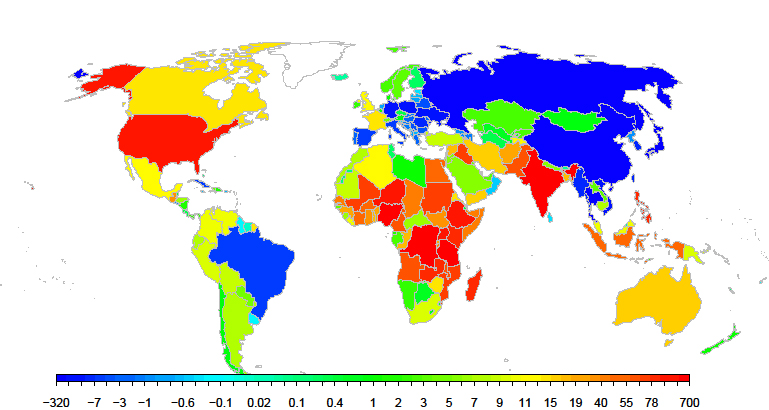 The expected population changes from now to 2100 are shown in the graphic. By far the largest expected increase is in Nigeria, projected to increase by 730 million people, from 184 million now to 914 million in 2100. Eight of the top ten increases are in Africa, with India in second place. The United States is eighth, with an expected increase of 146 million, or 46 percent, from 316 million now to 462 million in 2100. The largest projected decline is in China, expected to decrease by about 300 million, from 1.4 billion now to 1.1 billion in 2100. Image credit: UW Center for Statistics and the Social Sciences (Click image to enlarge)