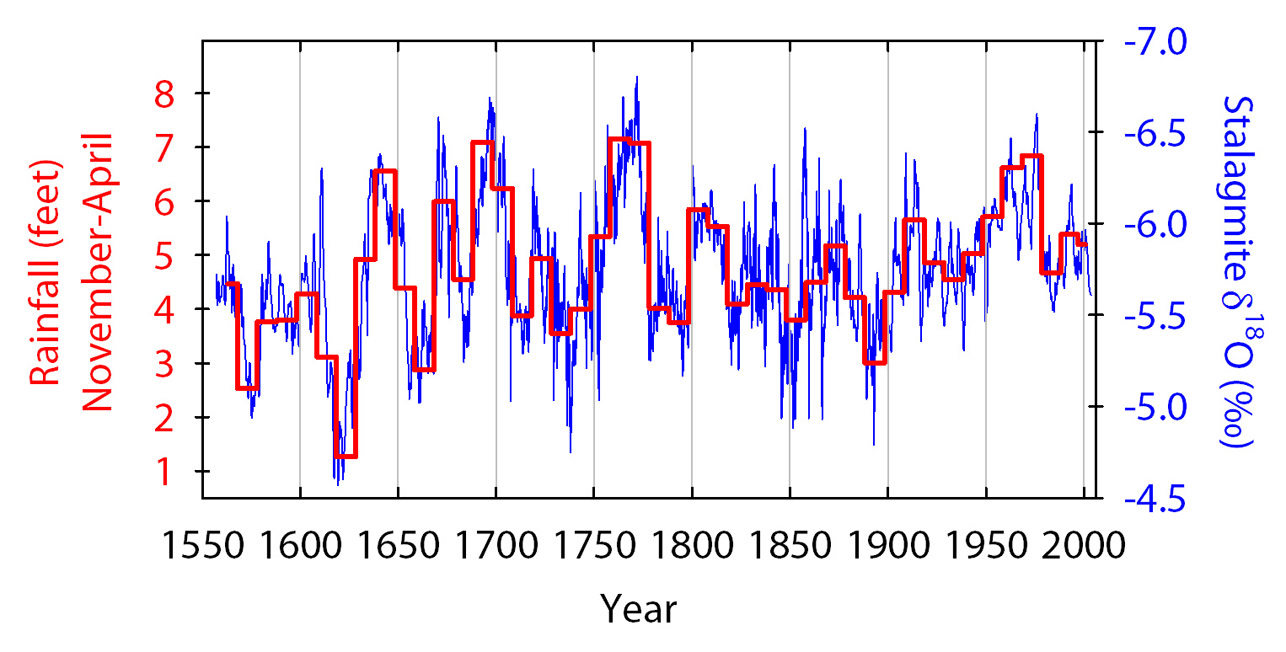 Rainfall in the South Pacific (red) varied much more dramatically before the start of the 20th century than after. Rainfall values are first measured annually during the rainy season (November-April) and then averaged over each decade. The blue line indicates actual oxygen isotope values used to determine rainfall values. Image credit: University of Texas at Austin (Click image to enlarge)