COLUMBUS, Ohio – A floating weed that clogs waterways around the world has at least one redeeming feature: It’s inspired a high-tech waterproof coating intended for boats and submarines.

The Brazilian fern Salvinia molesta has proliferated around the Americas and Australia in part because its surface is dotted with oddly shaped hairs that trap air, reduce friction, and help the plant stay afloat.

In the November 1 issue of the Journal of Colloid and Interface Science, Ohio State University engineers describe how they recreated the texture, which resembles a carpet of tiny eggbeater-shaped fibers. The plastic coating they created in the laboratory is soft and plush, like a microscopic shag carpet.

In nature, air pockets trapped at the base of Salvinia’s hairs reduce friction in the water and help the plant float, while a sticky region at the tips of the eggbeaters clings lightly to the water, providing stability. 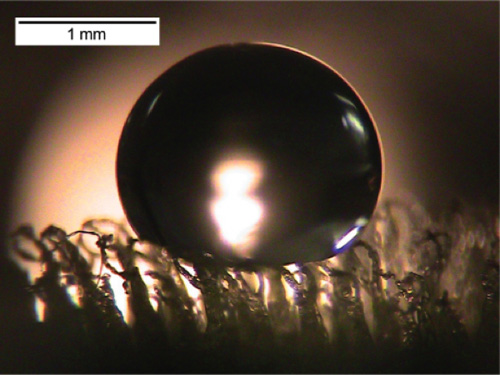 A drop of water sits atop eggbeater-shaped hairs on a Salvinia molesta leaf. Image courtesy of Ohio State University

It’s the combination of slippery and sticky surfaces that makes the texture so special, said Bharat Bhushan, Ohio Eminent Scholar and the Howard D. Winbigler Professor of mechanical engineering at Ohio State.

“The Salvinia leaf is an amazing hybrid structure. The sides of the hairs are hydrophobic – in nature, they’re covered with wax – which prevents water from touching the leaves and traps air beneath the eggbeater shape at the top. The trapped air gives the plant buoyancy,” he said. 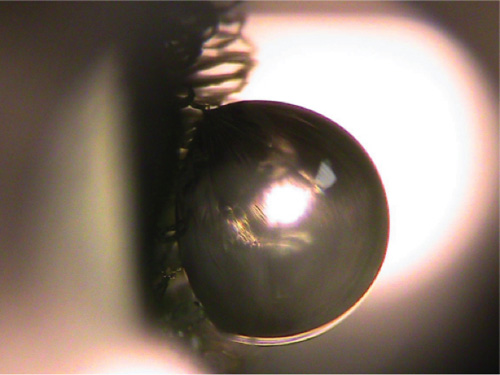 The tips of the hairs on a Salvina molesta leaf stick to water with enough force to keep this droplet from rolling off when the leaf is turned to the vertical. Image courtesy of Ohio State University.

“But the tops of the hairs are hydrophilic. They stick to the water just a tiny bit, which keeps the plant stable on the water surface.”

With commercial development, the coating could reduce drag and boost buoyancy and stability on boats and submarines, Bhushan said. 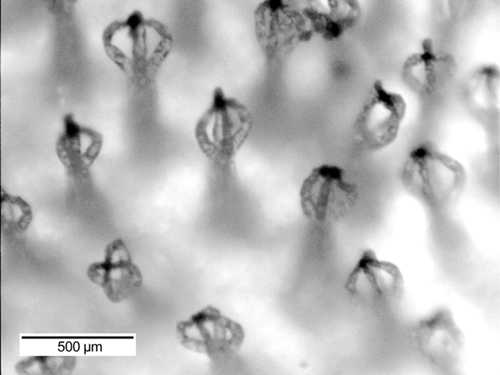 Optical micrograph of eggbeater-shaped hairs on the leaf surface of the aquatic plant Salvinia molesta. The hairs reduce friction and help the plant stay afloat. Ohio State University engineers have replicated the surface in a plastic coating that could reduce drag and boost buoyancy on boats and submarines. Images courtesy of Ohio State University

Bhushan and master’s student Jams Hunt compared the stickiness of their plastic coating to the stickiness of the natural Salvinia leaf using an atomic force microscope. The two surfaces performed nearly identically, with the plastic coating generating an adhesive force of 201 nanoNewtons (billionths of a Newton) and the leaf generating 207 nanoNewtons.

That’s a very tiny force compared to familiar adhesives such as transparent tape or even masking tape. But the adhesion is similar to that of another natural surface studied by Bhushan and other researchers: gecko feet.

I’ve studied the gecko feet, which are sticky, and the lotus leaf, which is slippery,” Bhushan said. “Salvinia combines aspects of both.” 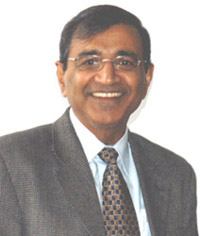 Bhushan develops biomimetic structures – artificial structures created in the lab to mimic structures found in nature. The gecko feet inspired him to investigate a repositionable, “smart” adhesive, and the lotus leaf inspired the notion of glass that repels water and dirt.

He came to study Salvinia through a colleague in the university’s Biological Sciences Greenhouse, who provided samples of the plant for the study.

Salvinia molesta, also known as giant salvinia, is native to Brazil, and is a popular plant for home aquariums and decorative ponds around the world. It needs no dirt, but lives solely in the water – even moving water such as rivers and lakes.

At some point, the hearty plant escaped from people’s homes into the wild. Now it has proliferated into commercial waterways in North America, South America, and Australia, where it has become an invasive species.

While the plant is a nuisance to ships today, it could ultimately provide a benefit if a commercial coating based on its texture became available. Bhushan has no plans to commercialize it himself, though.

“With this study, we’ve gotten deep insight into a very simple concept [how the Salvinia leaf works]. That’s where the fun is,” he said. “Besides, I’ve already moved on to studying shark skin.”